In the News & on the Web

The Lord Mayor of Golftown: Pinehurst

One warm summer afternoon a year ago, I was standing in the Old Sport Gallery in the heart of Pinehurst when my cellphone rang and I learned from a confidential source (an editor at this magazine) that for the second time in three years Pinehurst Resort had been named by T+L Golf readers as the nation’s number-one golf resort.

“An honor most well deserved,” agreed Old Sport’s genial proprietor, Tom Stewart, after I gave him the news. “I heard about it this morning, myself.”
“You did?” I was mildly thunderstruck. Then I remembered who I was talking to. In a village that lives and breathes golf, Stewart serves as something of a one-man clearinghouse. If he isn’t chatting up a guest from the resort who’s wandered over to check out Old Sport’s collection of rare golf books and memorabilia and fine art, or swapping gossip with a Tour player passing quietly through town, or spinning the latest golf joke with a local, or perhaps orchestrating a charity event, you’re likely to find this jovial spirit with his nose poked deeply in the collected writings of Leo Tolstoy or something by his hero, Thomas Merton.

Years ago I took to calling Stewart the Lord Mayor of Golftown, reflecting his de facto stature as the leading goodwill ambassador of the self-styled Home of Golf in America. Stewart, 61, also happens to be one of the game’s renaissance figures. This son of a rural Michigan postman grew up caddying at the same club where young Tom Watson played his summer golf, went on to anchor his team at tiny Aquinas College, then joined the Tour as a Monday qualifier, enjoying modest success until a yearning to see the wider world overtook him.
Stewart and fellow rabbit Fred Muller (today the head pro at Crystal Downs) took off for Australia and South America, often swapping their golf bags for backpacks. The following year Stewart played the Asian Tour, stopping off to see Mother Teresa during the Calcutta Open. She pressed him into service driving an ambulance for several months, picking up desperate people from streets of the world’s poorest city. “Nothing had a bigger impact on my life than that,” he says.Back stateside, he ran for Congress as a Democrat in Michigan in 1984, narrowly losing to the Republican incumbent. Then he moved on to head-pro jobs in his home state and in Florida. He also gave Mikhail Gorbachev his only golf lesson and helped bring the game to Russia by teaching hundreds of kids to play. “I like to say I helped bring down the Berlin Wall,” he quips. “One golf swing at a time.”

Twelve years ago, Stewart and his Russian wife, Ilana, arrived with their young son in Pinehurst, at which point Tom hung his shopkeeper’s shingle and began trading in books, art and his unique brand of conviviality. “If it’s true that old golfers never die, they just eventually move to Pinehurst,” says the Lord Mayor of Golftown, “then I’m just following in the best traditions of the game.”

Dodson’s a fan of Tom Stewart’s Old Sport & Gallery, which specializes in golf memorabilia, art, antiques, books, and collectibles. “You see everybody in there, tour players – everyone,” Dodson says.

Shop owner and former golf professional Stewart says he plans to stay open until midnight to accommodate the big business the Opens bring. “This is our third men’s and our fourth women’s Open, so we’re getting good at this,” he says. He has special events planned like book signings and a visit from Linda Hartough, the U.S.G.A.’s commissioned U.S. Open artist, whose limited-edition lithographs and canvas giclee paintings of the ninth hole on Pinehurst No. 2 are for sale at the shop.

The Open “brings a vibe to the village that can only happen when the whole world comes to us,” Stewart says. “Players, media, spectators, golf officials from all over the world…it will be nice to have them on my turf for a change.” He says Old Sport has “a bit of a reputation it’s fun to try to live up to.”

Old Sport & Gallery is in the Harvard Building at Market Square. For more information, go to ezwpz.com or call 910-295-9775.

BY THE FORECADDIE
Original article in “Golfweek” →

For sale: One of the world’s largest collections of golf art, literature and memorabilia. Valued by owner at $6 million. Includes unique golf equipment dating to the mid-19th century. Collection housed in the Village of Pinehurst, America’s home of golf.

That listing hasn’t been posted yet, but you may see it soon. Tom Stewart, proprietor of Old Sport & Gallery, tells The Forecaddie that he plans to put his collection up for sale in 2014, the same year that the USGA will bring the men’s and women’s Opens to Pinehurst Resort.

Stewart, 66, plans to unload a collection he began compiling 40 years ago with a £100 donation to a St. Andrews library for 240 books that were being discarded. His collection now includes highly detailed Richard Chorley paintings of famous courses that retail for up to $75,000.

“You couldn’t put this together today,” Stewart says. “I’ve had 40 years of collecting this stuff.”

That “stuff” draws a steady stream of curious visitors to Old Sport & Gallery, on Market Square in Pinehurst.

Stewart has no plans to sell the Harvard Building, which houses the store. But pretty much everything else will be offered to the highest bidder. Stewart says he does about $500,000 in annual sales, and reasons

a new owner could increase that number with a beefed-up Internet presence.

“When you extrapolate the art and everything else that I have, you could come to $6 million (of inventory),” Stewart says. “We’re going to sell it for, I’d say, $1.75 (million).”

Heck, he might take $1.5 million. Grab your bidder paddles, and let’s get started.

Since it opened 11 years ago, Old Sport Gallery has been a landmark in the Village of Pinehurst. Housed in the historic Harvard Building, the proprietors, Tom Stewart and his wife, Ilana, brought a massive collection of golf memorabilia with them when they moved from Michigan. Tom has been a golf pro since 1969 and played in more than 30 countries during a career better known for its joie de vivre than its win-loss record.

Among Old Sport’s pieces of art and photography are original oils by Richard Chorley, a highly regarded British realist painter. The shop’s Russian tchotchkes are courtesy of Ilana, a Russian émigré. While they’ve only been Pinehurst residents for little more than a decade, few know the area better.

Of course, you have to begin with *Pinehurst No. 2 *. One thing about Donald Ross, even with all the remakes, No. 2 gives you so many choices to play the hole. Like a lot of the caddies say, an average to high-handicapper plays as well as he does at his home course. There’s nothing to get in your way. Conversely, if the better player comes out trying to shoot 67, he might shoot 87.

Next, I’d add Mid Pines Inn & GC over in Southern Pines. It just suits my interest in the game. It has more variety of shots than practically any other course you can play. The shot-making value is second to none. It proves bigger doesn’t have to be better if it’s well designed.

The North course at Forest Creek GC is the best of the modern courses I’ve played. Tom Fazio took his cue from No. 2 and made all the green surrounds closely mowed so you can play a variety of shots. It’s a good example of the minimalist design that looks like an old design.

I rate Southern Pines GC the best value in the country. Where else can you play an original, relatively untouched Donald Ross course for as little as $60? It has a fun factor that’s missing in so many new courses.

Obviously, the Pine Crest Inn, the Carolina Hotel and the Holly Inn are the prime locations in Pinehurst. They make playing the resort’s eight courses so much easier. That said, I think the rooms at the Jefferson Inn in Southern Pines are as good as anything, and the cottages at The National are maybe the best rooms in the whole town.

DON’T MISS For anybody who loves golf history, The Tufts Archives in the Given Memorial Library is a must. It’s in the village, so if you’re at the resort it’s an easy walk. The biggest treat inside might be the many original course plans of Ross it houses. 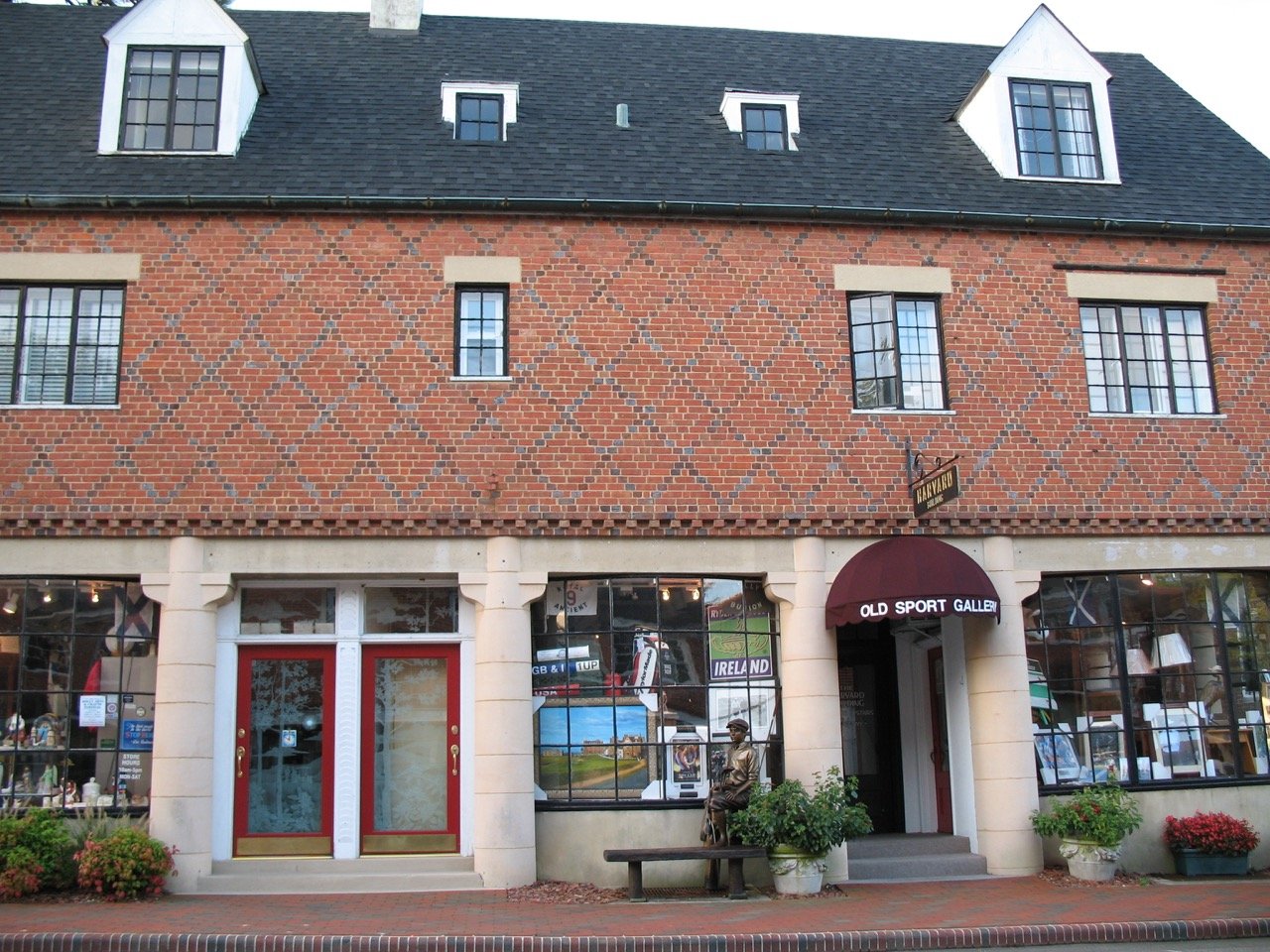